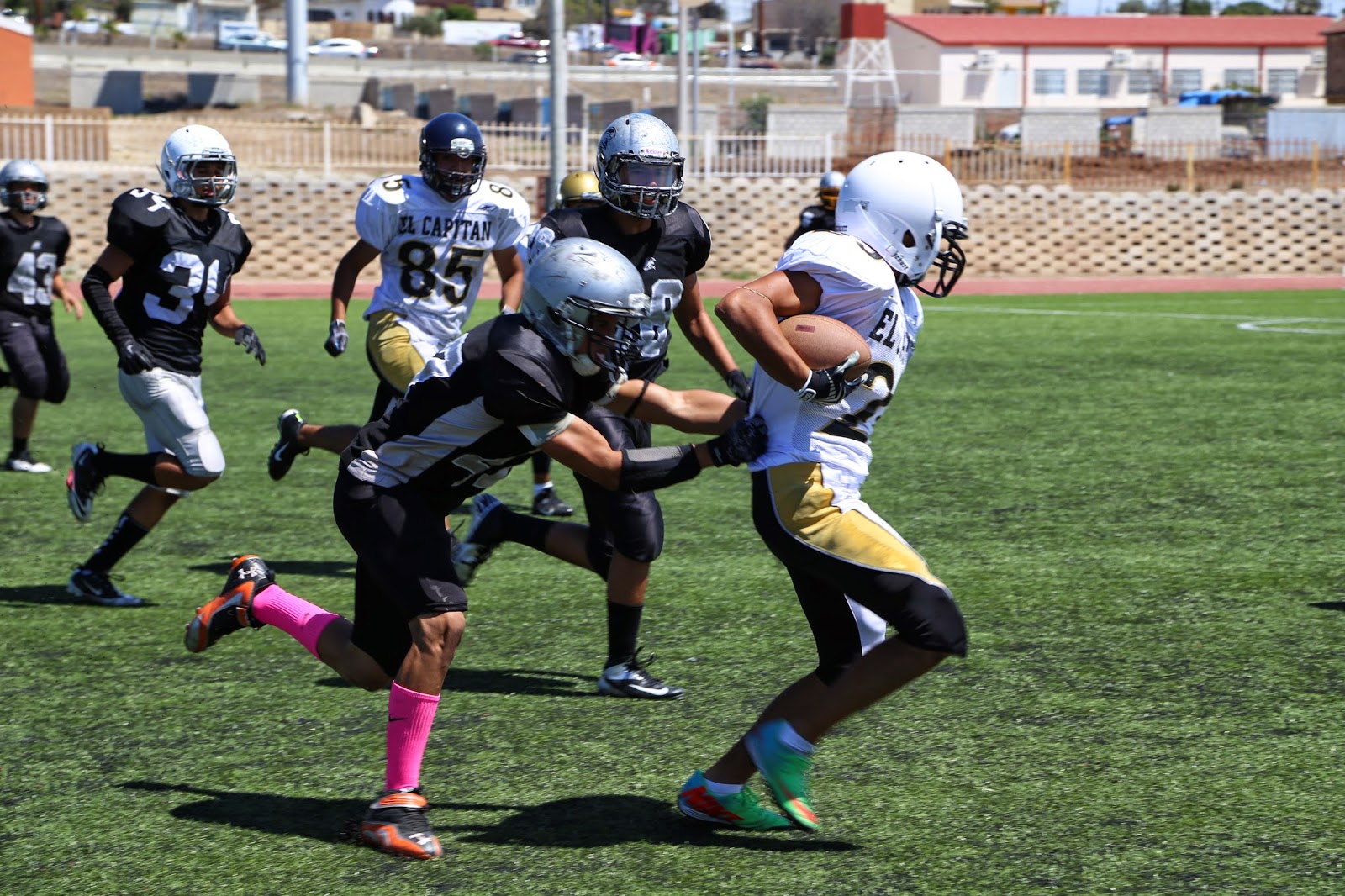 Did you know Football Americano (American-style football) is being played by high school kids in Baja California? We didn't. When we received a press release from Rosarito coach Mike Robles, we were curious. So we sent him a couple questions to be answered and asked for some photos. Looks exciting and we are sure they would love to see you at a game this fall.

BajaVisitor: American football in Baja? How did this come about?

Coach Robles: There have been teams in Baja and throughout Mexico for many years. For the past 4 years I have been collecting, importing and distributing donated equipment for Baja players. So Cal supporters with donations include the Chargers, seven universities, a dozen high schools. 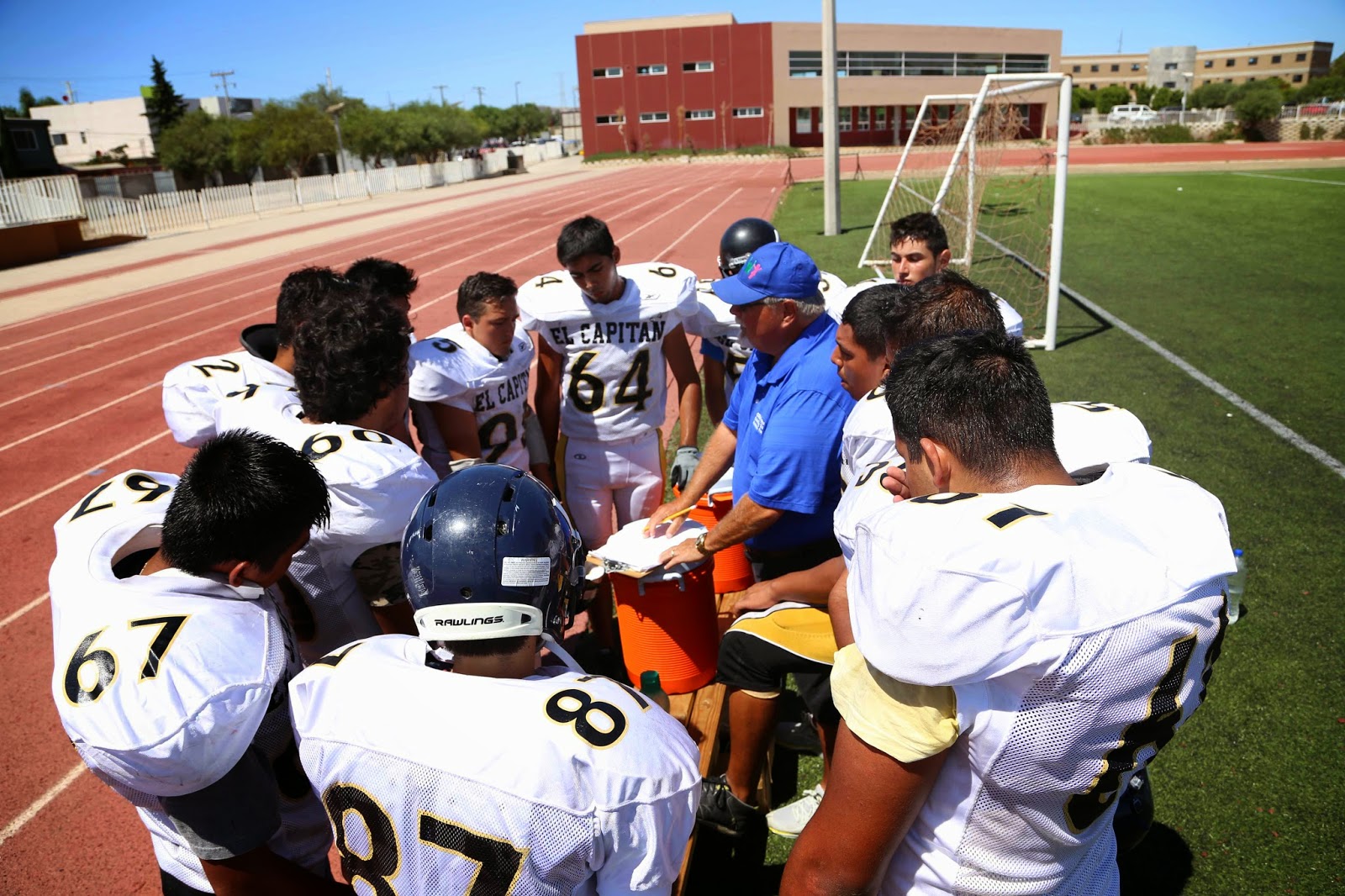 BajaVisitor: Coach Robles, can you give us a little background on yourself and how you ended up in Rosarito?

With the collapse of the highway connecting my home in Bajamar to Ensenada, I decided to look for who I could help in Rosarito. My wife, Kate, and I have owned in Bajamar for 12 years and have lived here full time the past 4 years.

BajaVisitor: Are the rules the same as in the U.S.? How many teams play in Baja and how many games will you play in a season?

Coach Robles:  The rules are the same as USA. In Baja there are over 30 high school, 8 college, and numerous youth teams that play American football. A few compete with teams in So Cal. Teams play about 10 games each season. 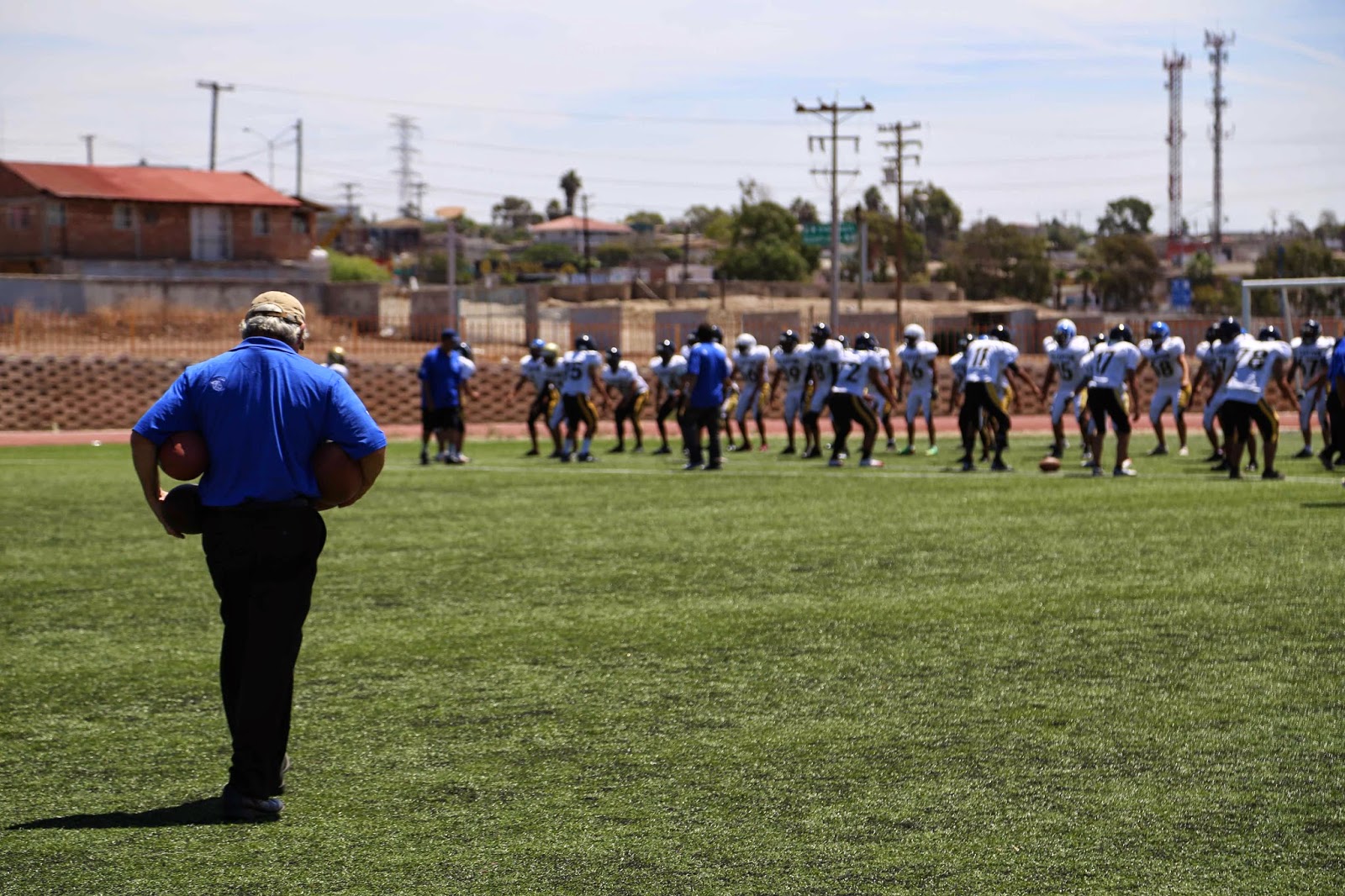 BajaVisitor: How do we find more information on the team? Where/when do they play? Is there a website?

Coach Robles: The players are from COBACH Primer Ayuntamiento High School Playas de Rosarito. The COBACH system (38 high schools in Baja - 2 in Rosarito) is simular to So Cal Magnet Schools providing for the top public school students in Baja. We have 40 players, ages 15-18, only 5 have ever played American Football.

Our first game is Sept 6, 1PM, Rosarito, Government Sports Complex Stadium (one mile north of Walmart, next to COBACH). 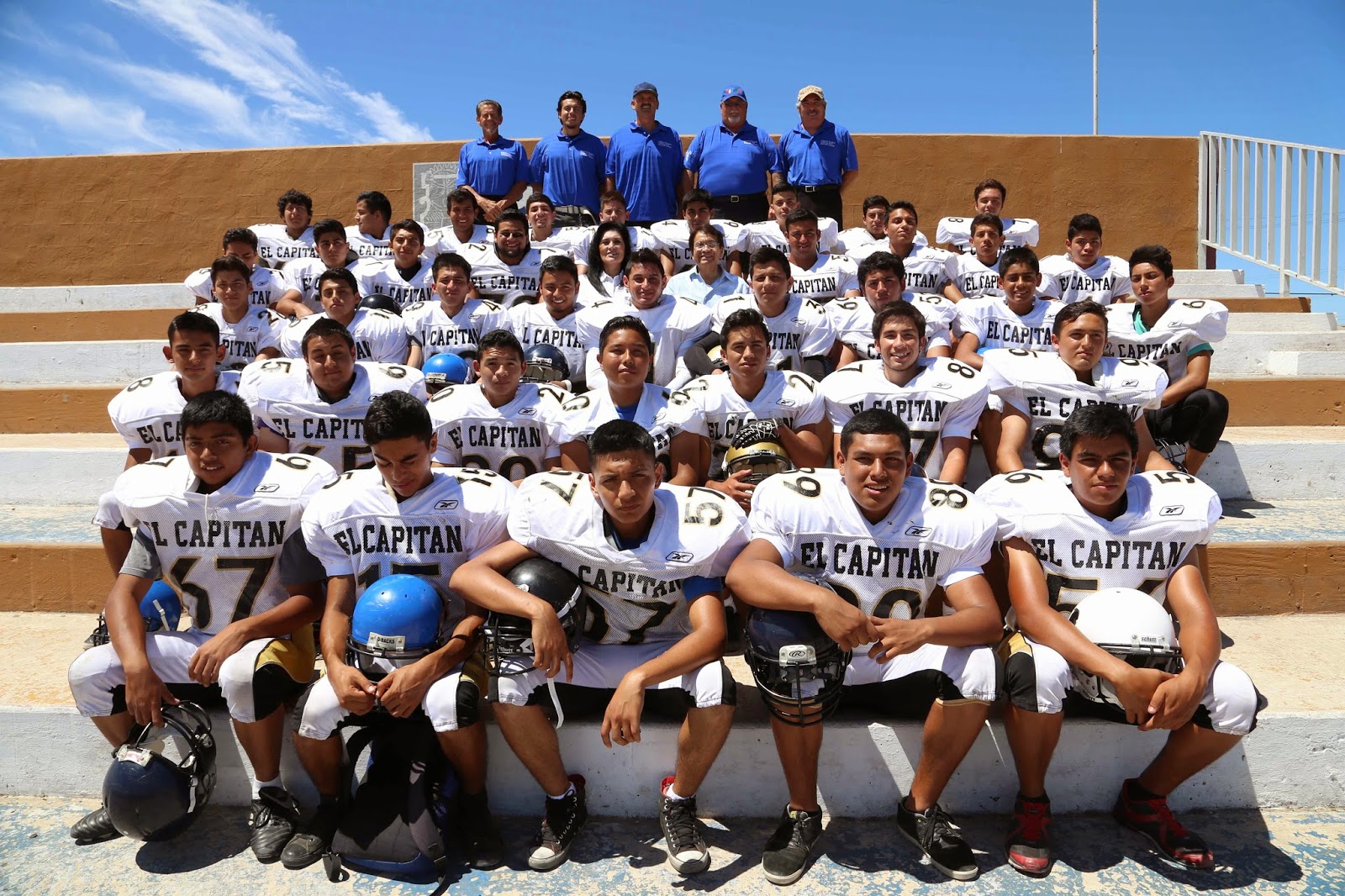 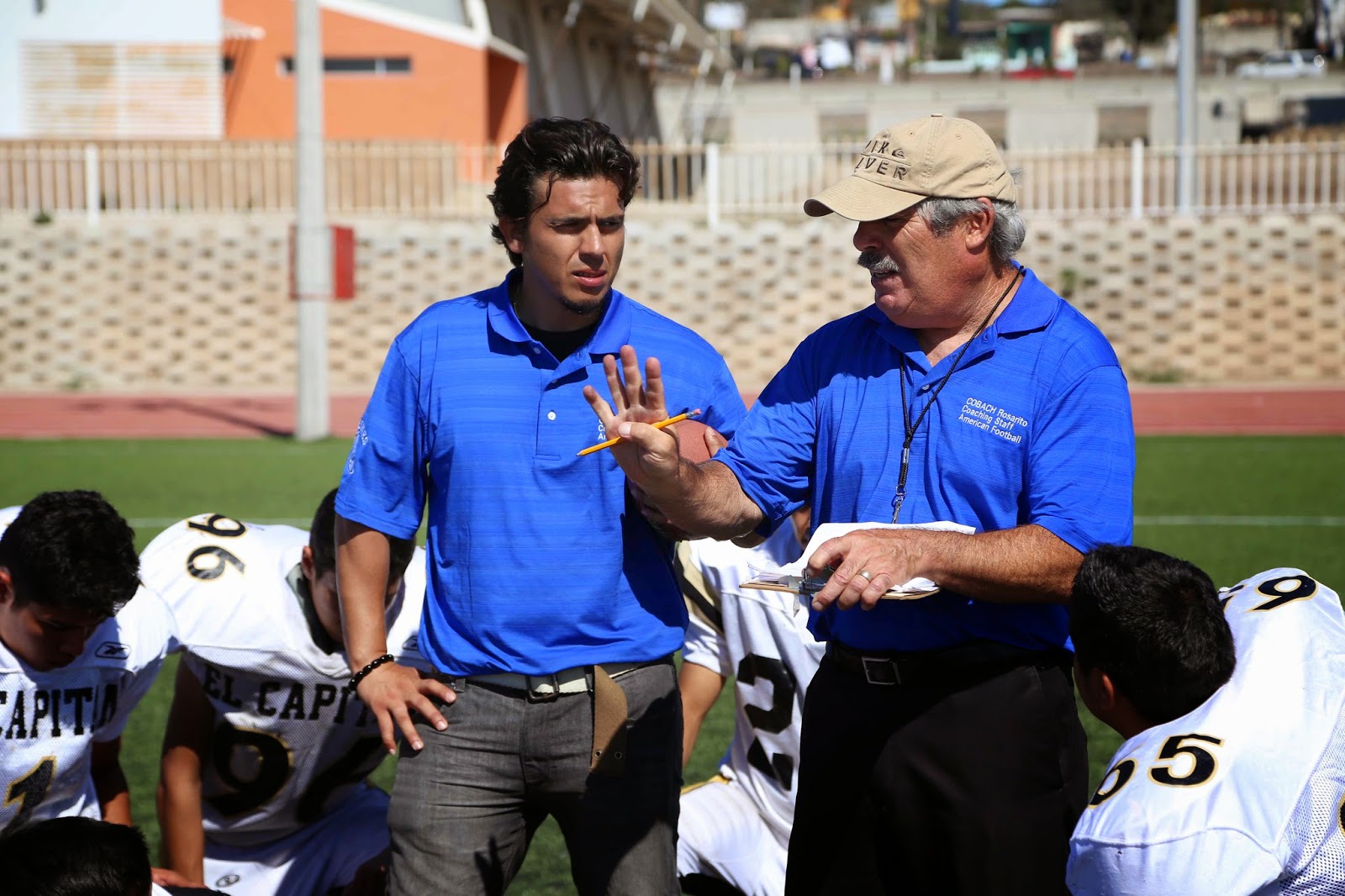 BajaVisitor: Any final thoughts you'd like to pass along?

Editor's Note: Coach Robles' team (COBACH Primer Ayuntamiento High School Playas de Rosarito) has made it to the the playoffs. They play the weekend of Nov. 21st-23rd at a TBD location.We are sure Coach wouldn't mind more fans, so if you are interested in seeing the game, please email him at marobles14@gmail.com.