Dorado, Pargo Kick it up a Notch 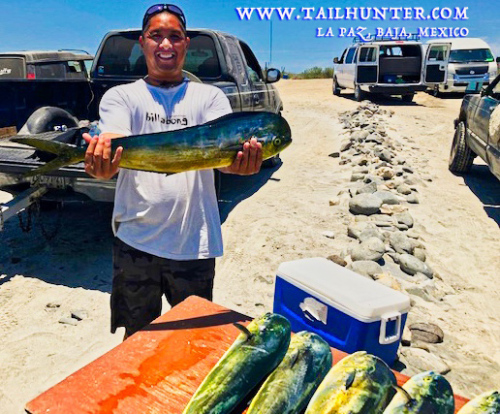 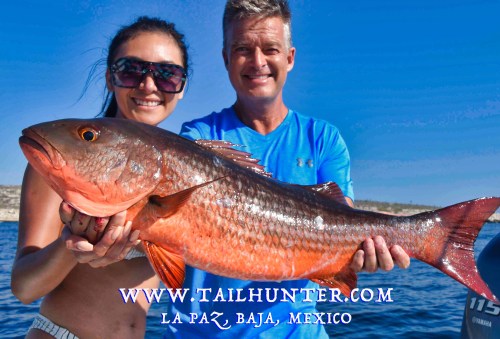 It’s finally feeling more like summer-time with both the weather (hot); the waters (warmer and bluer) and the fishing (almost there!).  We still had some flurries of crazy winds, but overall, it’s seemingly more typical overall.  It’s just that it seems like this fishing season, it’s taking it’s sweet time getting up to speed.

Dorado AND pargo?  One is decidedly a warm water fish.  The latter is a cold water fish! And catching them the same day?  Sometimes in the same spot?  Crazy!
Surely, the dorado are the best indication since these are the hallmark of our warmer months.  We’ve had them on-and-off with out La Paz fishing fleets, but strangely, it’s not been quite so good with our Tailhunter Las Arenas fleet until about a week or so ago when the dorado seemed to have finally got into the game. 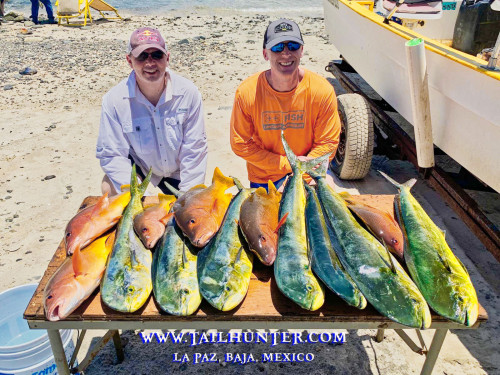 This past week, some boats were limiting on the dorado by mid-morning with most fish in the 10-25 pound class.  Catches were rounded out with bonito, skipjack, jack crevalle, and rockfish like cabrilla and snapper.  Or, in a few cases, the folks just figured they had a good day and came back to shore early to have lunch and lay by the pool or beach!  Either way, a good day.

However, just a note that there must still be some cold water around and lingering wisps of springtime insofar as we’re still hanging some big dog-tooth and mullet snapper that normally, we stop seeing about April and are usually spawning in schools during the springtime.  It’s rare to have them this deep into the summer.  But, anglers were still catching them or at least hooking these powerful fish and getting broken off in the rocks.

No wahoo to speak of this week.  We had a few tuna hooked up, but lost and billfish as well.  Most folks were concentrating on the easier dorado bite.  Only a few roosterfish as well, but again, that’s probably a function of the fact that the dorado are taking over everyone’s focus.

It’s feeling really tropical lately.  Humidity is way up and some sporadic brief rainshowers, especially, in the afternoons are not uncommon . Time to get the trashbag and cut out some holes for your arms and head!