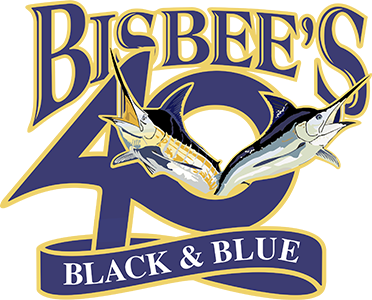 The three Bisbee family tournaments wrapped up another record-breaking year as all three 2020 events offered from $1 million to over $4 million while conforming with Government-dictated COVID-19 protocols in Cabo San Lucas.

The East Cape Offshore finished August 7th with 72 teams and had a total payout of $1,110,050, the largest payout in its history.

The Los Cabos Offshore marlin tournament crushed both attendance records and the total amount of payout, awarding eight of the 128 participating teams with 769 anglers from around the world $1,457,000, breaking the astonishing $1 million plateau for the second year in a row. 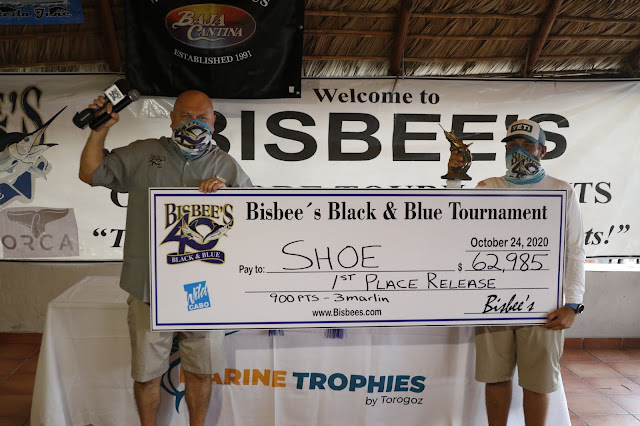 The recently-completed Black & Blue, the richest billfish tournament in the world ending October 24, attracted 127 teams and 883 anglers competing for a total payout of $4,649,350 million.

During the three-day event, the conditions changed dramatically as the sea temps soared to an unseasonable 90-degrees. Not only did teams have to contend with sea currents that changed erratically each day but they also had to deal with very rough conditions on the Pacific side.

The bottom line was that there were no qualifiers brought to the weigh-station during the 3-day event.

John Dominic, a well-known local angler put it very succinctly, “There were several fish that were hooked and lost every day that could have changed this narrative altogether. However, that’s fishing!” 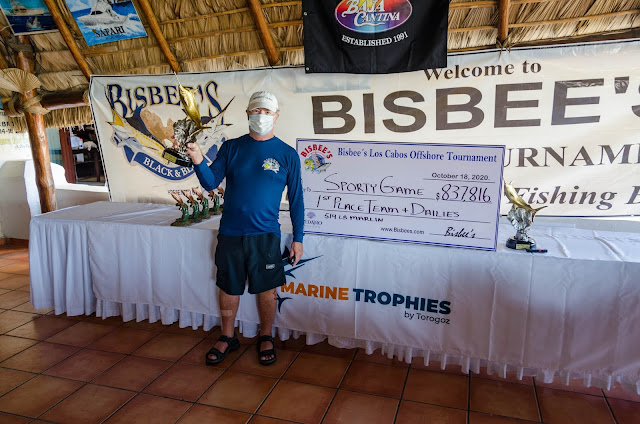 Third Place Winning Team in the Release Category: Carpe Diem team members received a check for $12,112 along with trophies.

All participating teams will be refunded their unclaimed prize money.